The 1911 is one of the most iconic and beloved handguns ever made but in today’s tactical world they are often overshadowed by the latest/greatest polymer guns that dominate the self defense market. With this article we are going to explore the world of 1911s and why they are still so popular with professionals and experienced gun enthusiasts.

The story begins after the US defeated the Spanish colonial government that had occupied the Philippine Islands leading to the Philippine-American war of 1899. This guerrilla war with the indigenous people often involved close quarters combat where the army’s bolt action rifles were too awkward and 38 Long Colt double-action revolvers were too under-powered for the fight.

This lack of stopping power led to the now famous Thompson-LaGarde tests of 1904 that determined military pistols and revolvers should have a caliber of “no less than .45”. In 1906 the US military began evaluating competing designs for a new pistol, as well as the new .45 ACP (Automatic Colt Pistol) cartridge. The Colt manufactured semi-automatic pistol designed by John M. Browning quickly emerged as the clear favorite. His magazine fed, single action pistol with both manual and grip safeties provided an unmatched level of safety and reliability. Browning’s design was formally adopted by the US Army in 1911 with the official designation of Model 1911.

First used in combat in 1916 during a failed attempt to capture Pancho Villa in Mexico, the 1911 actually earned its famous reputation during WWI where its firepower proved invaluable in the close quarters combat environment of trench warfare. During WWII nearly 3 million 1911s were produced becoming the standard sidearm for almost all US military ground forces. The 1911 was engraved into military history when Sergeant Alvin York used his 1911 to stop six German soldiers with six shots, earning him the Medal of Honor.

1924 saw the first major upgrade of the 1911 design. Designated the 1911 A1, this upgrade included improved sights, an arched mainspring housing, shorter trigger, longer grip safety spur and other minor improvements, The improved 1911 A1 soon becoming a favorite of law enforcement. In 1985 the US Army finally replaced the single stack 1911 pistol with the 9MM Beretta M9 due to it’s higher capacity double stack magazine and cheaper, more available 9mm ammo which was compatible with our NATO allies. 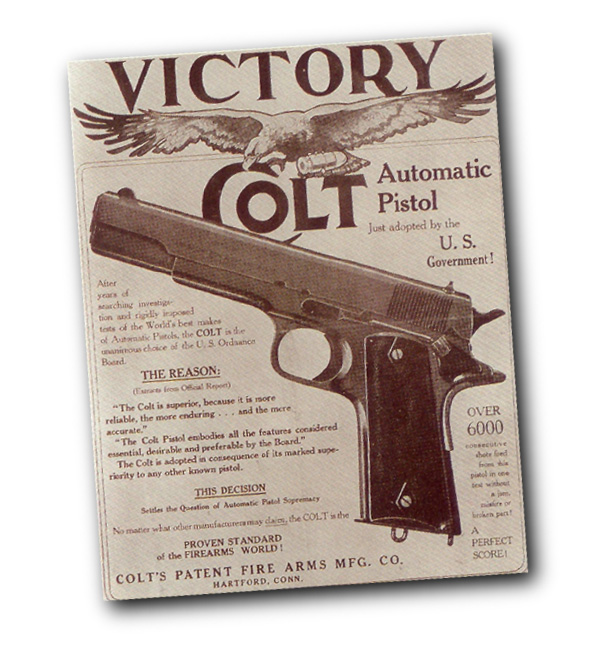 The hammer fired, single action only (SAO) 1911 uses a single stack magazine with capacity dependent on caliber and model. The biggest differences between most 1911s are the size of the frame and barrel type. While many modern manufacturers have given their guns unique names to designate sizes, the original Colt designations are still the standard. You should also be aware that some manufacturers will mix slide and frame sizes to create new combinations. Pay attention to these differences when ordering holsters, replacement parts such as custom grips, and magazines.

Note: Several manufacturers produce a high capacity, double stack version of the 1911. This modern version known as the 2011 has helped keep the venerable John Browning design in use by elite federal and local law enforcement agencies to this day.

The original bull barrel design was first introduced with shorter barrels to solve the problem of shorter barrels locking up when out of battery. Today the choice between bull and bushing barrels is largely a matter of personal preference. Many shooters feel that the added weight of the bull barrel aids in controlling recoil and adds lo

No comments to show.